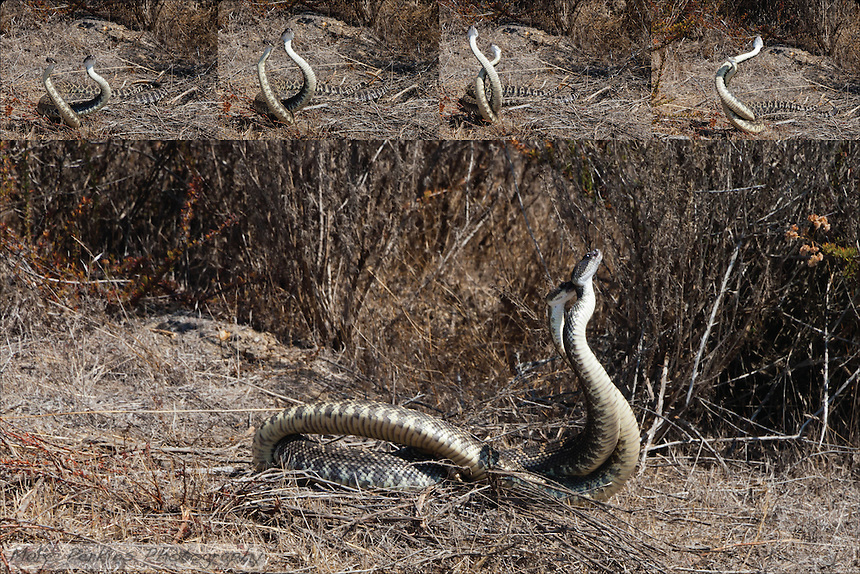 A five image sequence of two southern pacific rattlesnakes (_Crotalus oreganus_ helleri) mating. I first noticed the pair when I was only a foot or two away from them on a trail; after moving a bit away I captured these five shots of the two snakes wrapping around each other. The top four images were captured over no more than 2 seconds total, and the large image was taken less than 7 seconds after the top four.